In the past, any serious photographer would have a light meter unless his/her camera is “high-tech” enough to have a built-in meter. Today, most people do not need one because modern cameras, even for a simple digital point-and-shoot, would have a highly sophisticated light meter. My wife’s entry-level digital compact has a TTL 256 zones metering system. It does not only measure the light but also analyze the results before translating them into exposure settings. The only people nowadays who need a light meter are mostly photographers who shoot with studio strobes and/or large format cameras plus those (like me) who use classic cameras without built-in meters.

The Zeiss Ikon Ikophot Rapid is a handheld meter made in the 1950’s by Zeiss Ikon in Stuttgart, Germany. It is a battery-less selenium cell reflective meter. Selenium is an element that would generate voltage when it is strike by light. This voltage is high enough to drive the meter needle or even operate a simple automatic exposure system. However, compared to battery operated meters that use silicon and CdS (Cadmium sulfide), selenium is not very sensitive and thus making it only useful in daytime outdoor and very bright indoor situations. Almost all meters (handheld or built-in) that use selenium cells would have the “bubble glass” at the front shown in the close-up of the Ikophot Rapid below:

The Ikophot Rapid uses a simple match needle system (see first photo) which means the selenium cell will drive the meter needle and the all the user need to do is to set the film speed (ASA/DIN) and move the flag needle (the one with a circle) to the meter needle’s position. The shutter speeds and apertures are then read from the meter dial as shown in the photo above. Beside being an useful tool to measure light, I found that the dial on the meter serves as a great tool in teaching relationships between film speed, shutter speed and aperture to beginners (just look at the photo above and you will know what I mean).

There is a calibration switch at the bottom of the meter but possibly because of sophisticated German craftsmanship, the meter is still highly accurate even without calibration. Before I fine-tuned the meter, I did the following tests: 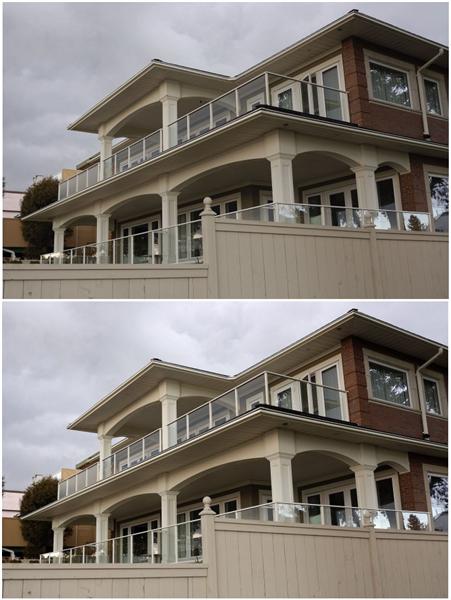 Photo above was shot in digital with meter readings without any adjustment and post-processing. Photo below is based on the same exposure setting but with a slight shift in its histogram. 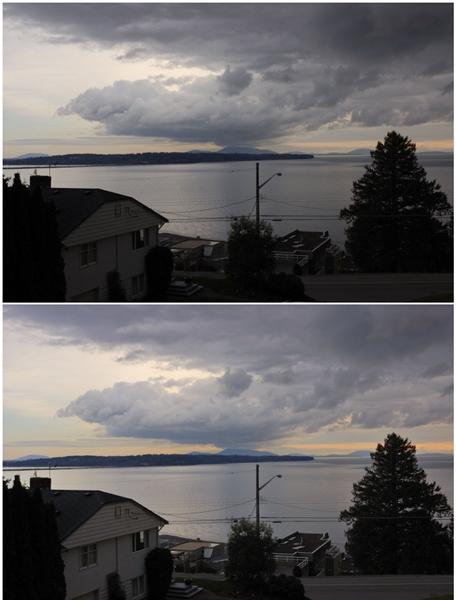 Again, photo above is shot according to meter reading. The house and the street is underexposed but the beautiful sky is retained. This is expected as any average meter will give the same result. I decided not to increase the exposure to compensate because the sensor of the DSLR used is quite capable in retaining shadow details but weak in doing so for the highlights. Thus, back home I did some degree of shadow detail recovery and enhanced the saturation to get the photo below.

Finally, a friendly note on maintaining selenium meters. Selenium cells have limited lifespans, to keep them “alive” for as long as possible: avoid prolonged exposure to lights (i.e. cover the bubble glass when not in use) and keep it away from moisture (unknown to many, moisture is even more “evil” to selenium meters!).

This entry was posted in Flashes and Others. Bookmark the permalink.